I’m told by various Bible scholars and End-Times Enthusiasts that God is coming soon. It’s all in Revelations and Bible Codes and preached about on cable TV (in exchange for all the cash in your bank account) that Jesus will return soon and smite sinners and take all True Believers with him to Heaven, leaving us sinners behind to gnash our teeth and weep and wail and stuff, depending upon which verses you want to cherry-pick.

Well come on then, Jesus. Get to returnin’ and smitin’ already. The sooner You get back, the sooner the rest of us won’t have to put up with bullshit from people like Pat Robertson and Franklin Graham about what You’ll do to gays and foreigners and non-Christians, and women who consider their bodies are their own damn business and don’t intend to walk three steps behind men.

What’s going to happen when it all comes to an end? Is Jesus going to come down from the skies in a blaze of glory with trumpet accompaniment and start smiting everything in sight right away? Suppose He doesn’t make a big production of it; suppose He decides to go the subtle route and come while we’re all distracted by the aforementioned ominous things? Or suppose His followers think He’s some sort of government-created fake or deny Him because their idea of Jesus has distinctly Eurocentric features? It’ll be like Calvary all over again  for Him with a distinctly deja-vu flavor to it.

Suppose he already came and decided every damn one of us, including the Holier-Than-Thou Good Righteous Christians, weren’t worth taking to Heaven? Suppose He just shrugged and decided to let us ALL go through the Tribulations? Suppose He created Armageddon a couple of years ago and didn’t give out prizes to the lucky winners?

Suppose when God first created the universe He decided to take a break for a while? After all, what’s a few billion years to someone who can freakin’ CREATE A UNIVERSE, right? Suppose God figured as long as he provided our world with everything it needed to grow and evolve and proliferate, he wouldn’t bother with checking up on it? Suppose all this was just a test and we failed miserably? Suppose —

Suppose mankind just made up the Bible? The Torah? The Koran? Religion in general? I mean, mankind just slap out might have pulled an L. Ron Hubbard and pulled stuff out of its collective ass, from thin air, and believed in it so hard it all became real to them? Suppose this world is just spinning in space with a race of highly evolved mammals in charge, driving it and everything that lives on it to the brink of destruction, partly because some of them think we’ll all get a magic Do-Over in Heaven based on Brownie Points for the Soul?

I don’t believe in the God of Abraham from the Holy Bible anymore, a God who is purportedly a mighty, omnipotent, all-powerful singular God who is inexplicably jealous, which seems a petty trait for an omnipotent entity. People are taught to fear this God who threatened us with Hell ever since our biblical ancestry started us out behind the 8 ball. We never had a chance, we were set up for failure from the get-go if you believe in a Bible that has been added to, subtracted from, translated, interpreted, edited, altered, re-interpreted, lost in translation, cherry-picked and updated to sustain the interest of the latest generation for the past couple of thousand years.

If God knows everything that would happen and is all-knowing forever and ever, what was the point in creating Adam and Eve only to condemn and cast them from the Garden of Eden forever? What kind of parent points out the ONE THING children should not touch, and then leaves the top off the Holy Cookie Jar right there on the counter while he goes and does, I don’t know, parental God stuff. Why did God claim to so love the world if He also gave instructions of how to re-victimize rape victims and how much to sell your daughter for?

What kind of God lists ten strict rules to live by, yet allows certain ‘chosen’ ones like Solomon and David to have multiple wives and concubines? Is there no parity among us; does God play obvious favorites? What kind of Bible for a loving, forgiving God gives instructions on how best to slay enemies and which tribes are bad and which are good? Didn’t God create the WHOLE WORLD? Again with the favoritism! Didn’t He state “Thou shalt not commit adultery”? “Thou shalt not kill”? “Thou shalt not covet thy neighbor’s possessions”?

Why should I believe in a version of God that ordered a faithful man to sacrifice his own son on an altar to God, and then just before the man could plunge a knife into his trussed-up child, God came breezing along and said the equivalent of “Whoa wait, hold up; never mind, I was just testing you. Look, use this ram over here as a sacrifice. Therapy for your kid is optional.” Why does God have a rule of not tempting Him if he’s going to pull a head game like this on his most ardent follower? What a horrible story; it makes God sound like a prick.

For that matter, who said Jews were the Chosen Race in the first place? Well the Jews did of course, but it’s not just Jews who believe God is only in their corner. Every group of God Squad followers thinks it’s special somehow, that it’s been chosen by God Himself and He even chats with the leaders of these groups and anoints each of them and only each of them with all sorts of consideration because those individuals are such incredibly special people!

I’m not Jewish, so why should I follow 5000-year-old rules of a people with whom I have no traceable relation? I have half-Native American, half-British ancestry. If anything I should be closer to Druidism than Christianity. Why should I follow 2000-year-old stories when my native ancestors lived on the other side of the world with good stories too – or they used to before Christian missionaries subjected my ancestors to brutal re-education when they splashed ashore, uninvited and unwelcome.

Over the course of two thousand years men wrote the Bible (using Holy Dictation!) and shored up the text with additional rules and regulations that incorporated other cultures’ mystical stories in order to keep up with the Joneses of pagan pageantry. Misogyny came in thick and fast during the (literally) Dark Ages of history in order to keep their women in line and children in their place. And instead of protesting the tone and balance of power, women went along with it because Inquisition, and That’s How Things Are Done and similar mindsets. People who feel free to wage war as long as its sanctioned by a so-called “loving God,” follow this Bible. People who use fear and coercion and social pressure to manipulate a gullible population, pass it down from generation to generation with plenty of equal helpings of guilt and overweening pride to go around. 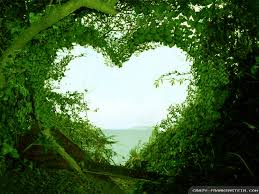 That’s not where my God comes from. My God gave humans the ability to figure out how to solve problems and build a better world, and then stepped back to let us work stuff out between ourselves. My God gave us the wonder and beauty of nature, and an abundance of goods to make it all work through cooperation. My God gave animals souls and feelings and minds too, but it was Man who got the opposable thumbs to hold a writing instrument. My God allows His angels to come give us a boost now and then but the bulk of responsibility for our actions are on us, His creations. My God gave us this life where when we are born we enter this room we now know and when we die, we will go through another door to experience something else, all in the interest of expanding and improving our souls (for whatever ultimate purpose. I don’t have all the answers. This is all pure conjecture. I never said My God speaks to me directly about any of this.) He didn’t expect us to completely screw over the animals or nature or each other all in the name of our own selfish interests. He doesn’t know what’s going to happen because we are free to choose our own course, but He knows what should have happened by now when He made this perfectly good world and left it in our hands.

And boy, is He gonna be pissed off when He gets back.

I am a writer and an avid fan of goats. The two facts are not mutually exclusive.
View all posts by jmichaeljones57 →
This entry was posted in Uncategorized and tagged angels, beliefs, creation, doubt, God, guesswork, personal opinion, religion, revelations, tribulations, universe. Bookmark the permalink.