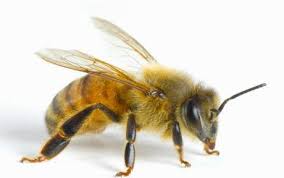 First we noticed the bees crawling in and out of little holes between the outside window facing and the surrounding brickwork of Autumn House. Both the Lady Anne and I had fears that there would eventually be a ginormous honeycomb between the outer siding and the interior wallboard, so it was up to me to do something about it. We hadn’t noticed them around before so we hoped they were just trying to set up shop. I tried to put caulking along the window to seal up the entrance and got all but about ten inches filled in before I was stung on the ear by a sacrificial bee.

Man, I scrambled off the sturdy three-step ladder and hightailed it for the indoors, whimpering like the pansy I am. I can live for 45 years with an often debilitating arthritic condition and muscle my way through adversity, but put a single stinger in me and I’m soaking in Benatryl gel and howling like Nicholas Cage in The Wicker Man.

The bees could still come and go, and with a whirr of angry buzzing they did so. I stayed away, nursing my (surprisingly long lasting and painful!) sting until it healed. Oh, but I plotted; yes ma’m I plotted. I wasn’t having any of it, especially since they could go after the Lady Anne and oh hell no, that is not happening. This is HER home, her palace, and she has the right to stroll outdoors and look at her flowers without being dive-bombed by

But the moment I thought maybe there were no bees hanging around and that might be an optimum time to finish my project, like magic a half-dozen of the little beggars flew in as if reading my thoughts. It was as if their hive-mind could read mine. (Then why weren’t those little bastards GONE?)

One rainy afternoon I realized there were no bees flying in the weather so I jumped at the chance to finish filling in that last ten inches. I grabbed my caulking gun and since I never went out to take down the ladder, I sprinted up, squirted that shit along the edging and ran back to the door like the once-stung-twice-shy fellow that I am.

Oh my word, if I thought those bees were pissed before, they were absolutely LIVID this time. Still, I did a mighty fist-pump (behind the safety of the glass storm door!) and declared victory.

The next morning I went into the kitchen to get my morning cup of Joe, and heard a faint buzzing. The first thing that occurred to me was, wow, there are a lot of frustrated, scared-of-the-dark bees between the walls! But as I looked around I came to the horrifying realization that OH MY GOD THEY’RE IN THE HOUSE! THEY’RE IN THE ROOM – COMING RIGHT AT ME!

Yes, those bees were intent to get inside to their hive, which to them meant “on the other side of the wall” but since bees don’t use quite the same GPS we do, they came in through a slender opening where the old-style sash window had slipped down a little. Instead of getting back to their hive, they came into the kitchen/dining room and a dozen of them were buzzing around 20 feet overhead around the skylights. A few were flitting around the window, no doubt wondering “where’s the honey, where’s the goddamn honey? Didn’t you guys consult the hivemind map?”

The Lady Anne had already been up and around that morning, got her coffee and was safely watching Good Morning America in the living room, unaware and unmolested by the pissed-off stinging insects in the other room. I breathed a sigh of relief long enough to grab up a can of wasp/hornet spray we keep nearby (there are wasps on the back deck, constantly trying to establish squatter’s rights before getting knocked on their stinger-butts by a whoosh of killer spray.) I sprayed the bees around the windows since the ones up in the stratosphere known as the skylight area weren’t bothering me. I then searched around and found the open part of the window, slammed them shut, and stuffed the crack with tea towels the Lady Anne handed me.

She was a tower of strength, the Lady Anne. I was as jumpy as a… as a fellow who’d been stung on the ear recently, but she stayed calm and handed me what I needed, be it spray can or tea towels or what have you. Her calm brought me down from the Land of AAAUUGGGHHHH! to the Land of I Got This.

Now a lot of detractors will say “Well, GoatMaster Z, you should have left the bees alone” to which I reply “oh, and let them turn the whole house and attic into one big Honeycomb Hideout? No thank yew.”

Or it might be said, “Truman, don’t kill the bees, just drive them away with smoke.” Oh, well tell me, just where am I going to get some smoke that won’t drive me and the Lady Anne out, as well?

Or this suggestion: “Maybe you should hire someone to open up the wall, remove the bee hive and relocate it deep in the woods.” Uh, no, can’t do that. YOU hire them, we don’t have the money for bee removal AND reconstructing the kitchen/dining room wall.

Now I realize there is the very real danger of bee colony collapses and I certainly don’t want to feel personally responsible for, you know, the End of Bees as we know it, so if anyone knows of a local beekeeper who will come out and remove them for us free of charge, let me know.

Eventually the bees around the skylight will die off or come down within spray distance. The bees outside will have to go find some other queen. One thing is for sure: The queen bee inside the walls WILL NOT USURP the Queen Bee of Autumn House, the grand Lady Anne. Not as long as her knight errant has a loaded caulking gun and wasp spray.

EDIT/ADD: I stand corrected. The little stinkers are these: 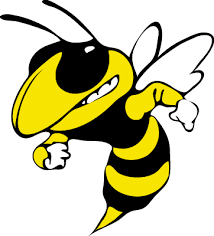 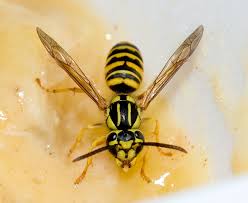 Now I don’t feel so bad and Nature-hatin’ or making bee-colony collapse worse. It does kind of make me sound like a Georgia Dawg 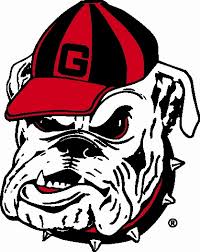 and I am SO not happy about that.

I am a writer and an avid fan of goats. The two facts are not mutually exclusive.
View all posts by jmichaeljones57 →
This entry was posted in Squirrelly notions and tagged bees, hive, home, insects, nicholas cage. Bookmark the permalink.